Released in 1982, Ridley Scott’s Blade Runner, based on the short story by Philip K. Dick has achieved something more than its original purpose. Whether by chance or design Scott’s film has become akin to a study text in the influence a film can have on other creative mediums.

Reading my first multi-book fantasy series taught me a lot. It changed the way I read and the way I write. There were many struggles, but in the end a book series and the experiences you gain reading one change you fundamentally. Nothing is the same after you finish and for me that was a good thing.

Choosing to read a fantasy series- Part 2 – The Void

I always had this desire to read a book version of a decade long siege like we hear off in the appendices of Lord of The Rings. I want to read about the siege that forced Sauron to come down to battle the last alliance. I don’t want it to be a footnote. 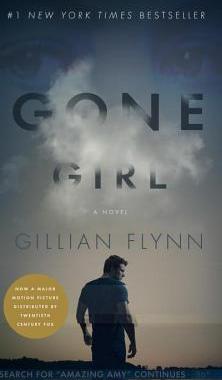 With the UK DVD release of Gone Girl adapted from the bestselling novel by Gillian Flynn upon us I thought it time to briefly look at the two together spoiler-free. […]